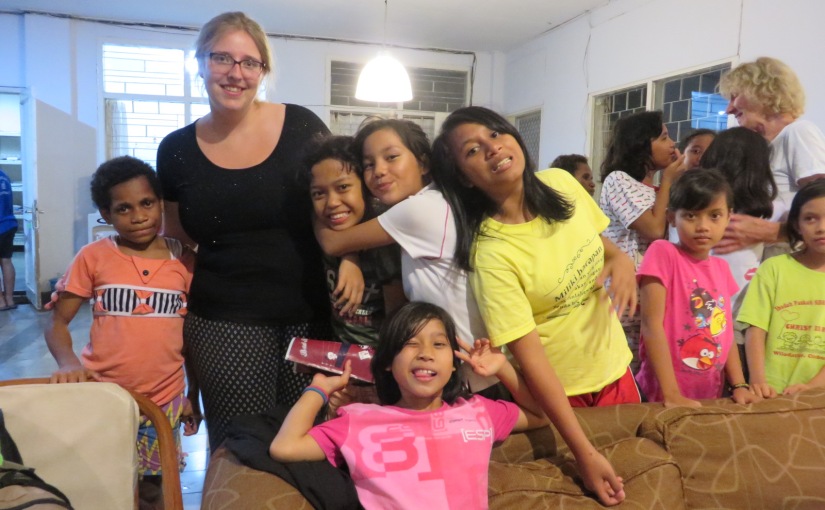 As an airplane takes of from the nearby airport, the sounds of kids shouting fill my ears. I can only imagine what they must be thinking when they see a plane. Maybe of the exotic locations that fill their fantasies or maybe they just wonder where all these white people just came from. There is a whole world out there, and – at least for now – they won’t get to see it.

Yesterday I visited an orphanage in Jakarta, together with seven other Dutchies. So with all those strange people all up in their grill, it was no surprise that the children were a little shy in the beginning, staring and whispering, but not yet convinced they wanted to talk to us. I feared that maybe they just wouldn’t speak English, which is understandable.

I couldn’t have been more wrong. Some of the children I spoke to had a bigger English vocabulary than most adults I met on the streets of Jakarta. After they got used to the company, one by one they started coming up to us. The six puppies that were running around were a great conversation starter – not that the kids needed this. They asked so many questions and really wanted to know all about you. Even if they didn’t speak English well, they would run to someone who would and came back blurting out the question as soon as possible, before they would forget it again. I’m not sure if they understood the answer, but they never failed to smile whenever they nodded and said ‘yes’ – no matter the question.
During dinner we sang the cup song, and afterwards they played the Wilhelmus on a traditional instrument, which felt a bit surreal. The ambitions of these children are amazing. Their dreams are big and their dedication to these dreams is even bigger. Stewardess, architect, actor and even governor where some of the career choices that a couple of these kids where very deliberately working towards.

Let’s take a sidebar here for a second. Because hearing these kids having their life figured out like a roadmap, made me realize that they know what they want better than I do. At this point in my life, the only thing I know for sure is that I would really love to finish a story and publish a book someday, but that is not exactly a solid plan. I have no clue what I want to do after all the adventures that I have planned so far, and even though I’m trying to figure it out… I haven’t yet. And it bothers me. Because without a goal, there is no way to get to that goal in an efficient manner. And I’m a secret – not so secret – fan of efficiency.

After hearing all about their ambitions, hobbies and favorite animals, we ate the pancakes that we made for them. They loved it and decided to thank us with a song. They all wrote down our names to add us on Facebook and some wanted to take a picture with us, before it was time for us to go.

Doing an internship in a skyscraper while sleeping in my fancy boarding house – where they do my laundry, I might add – is nice and all. But these are the activities that make you see the real people, the culture and the daily life of Indonesia. Even though these children have so much less, they have the capability to be so much happier. It all comes down to appreciating the small things.
And even though I already was, a reminder like this never fails to make me grateful as well. 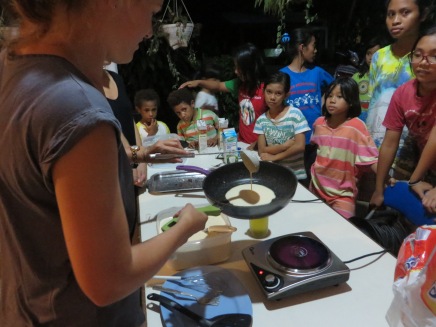 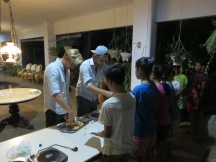 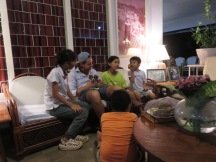 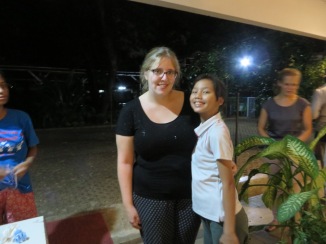 3 thoughts on “Visiting an orphanage”