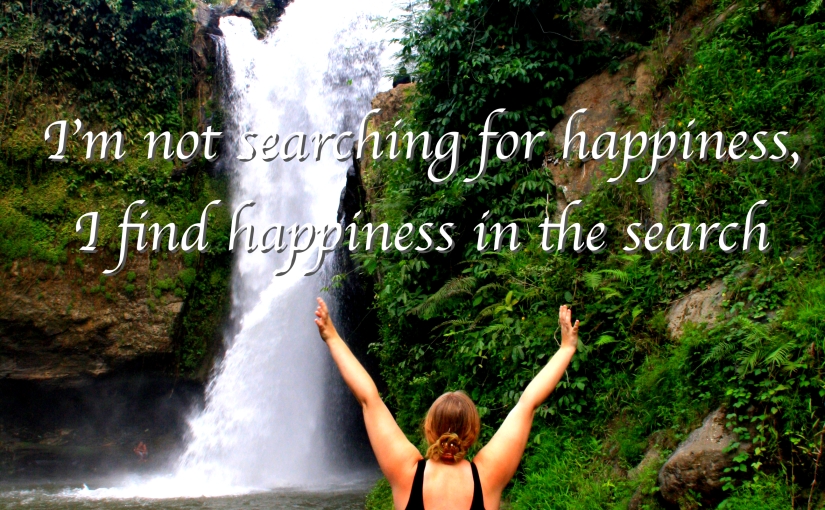 A weekend ago I went to another Indonesian island, called Sumatra. I flew there from Jakarta on Wednesday and went back on Monday. I encountered so many friendly acts and faces here, that I just wanted to share some with you.

On Couchsurfing, I posted a request for someone to host me on my first night in Medan. I landed at the airport there and in the morning I wanted to continue my journey to Lake Toba, but I needed a place to crash. I realized this was not something that people may be jumping up and down for, and I posted the request two days in advance, but I got a reply. And the reply was so nice. It was from a guy who works at the airport and lives very close to there. That night he had a nightshift, so what happened was that he picked me up from the arrivals section, drove me to his house and left me there. His work finished at 8 am, so around 9 he picked me up and dropped me off at the busstation! He even stayed with me until I got on the bus and we had some fun conversations. But this was such a selfless act and I so appreciated it. Later, when I flew back to Jakarta, he met me at the airport and gave me a souvenir. It was a little Batak house and he walked me all the way to the plane (because he was awesome and had security clearance for everywhere).

When I arrived at Lake Toba, I just enjoyed everything so much. I took the first day to relax and read and write by the lake. The second day I went out for a new adventure: riding a motorbike. I entertained myself in the afternoon, just learning how to give enough gas (but not too much) and watching the amazing views of the lake and the mountains. In the evening I went to see a local Batak performance of dance and music. I was seriously unimpressed by the dance performance, because it was very easy. Which is probably why they asked some people to join them for the final dance and when I was asked I didn’t see a reason not to join – everybody could do that dance.
So I did. After that there was a wonderful music performance of which I have a little (big, whatever) clip.

I left Lake Toba on Sunday and my flight back to Jakarta was not until Monday evening. So I posted another request on Couchsurfing, to find somebody to show me around Medan. The girl who replied was very nice and showed me all kinds of places. One of the things that was very memorable for me, was the moment she went to the mosque to pray, in the afternoon. I placed myself on a bench in a small tent where they sold some street food, and I got my Kindle out, because there was no one there. But that never lasts long when there is a bule around.
First, three little boys came up to me.
‘Hello miss, hihihi. Where are you from? Hihihi what is your name?’
I answered all of their questions and after two or three questions they became too shy and ran off. Then, I looked over my shoulder, where I was sitting against a gate. And three little girls’ heads stuck through the gate next to me and smiled sweetly.
‘Hello miss!’
I greeted them and asked them in Indonesian how they were, which caused many giggles.
‘Dari mana, umur berapa, apa nama anda?’
I replied to all of their questions and they too ran off shyly.
It was quiet for a little while and just when I got my Kindle back out, I was interrupted again (which was welcome, of course).
This time, an old man. He came up to me speaking English very well. They are never very original in their questions, so I answered the same ones once more and just as he had his answers, more men came up. They all shaked my hand and I felt like I ended up in a meeting of the old men’s club. I was introduced to everybody (“Look, she is from Belanda”). And I always sort of have this picture of old men together, being very calm and wise and mellow. But they were a bunch of rowdy men laughing and joking with each other. It was such a great atmosphere and when my friend was done praying, I had to say goodbye and I left with a big smile.

And then, later that afternoon, when we were walking down the street, I was stopped by a man of whom I’m pretty sure he never saw a white girl before, because he was so excited. He asked me many questions in Indonesian and I was proud to be able to answer and then he proposed (yes, I mean for marriage).
My answer: ‘Maaf ya, nggak mau.’ (Sorry, I don’t want to)
Oh how he laughed.
He kept shaking my hand and put his arm next to mine to compare skin colors (Duo Penotti is the best way to describe it) and then I kept walking, because otherwise he probably would have taken me home to meet his entire family.

Even though sometimes the attention you get here as a foreigner can be a bit overwhelming, they have the best intentions and are always so welcoming. This time away has been proof of that yet again. And it just makes me so damn happy.

Of course, I wouldn’t be me if I didn’t take any pictures of my trip to Sumatra. 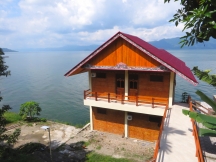 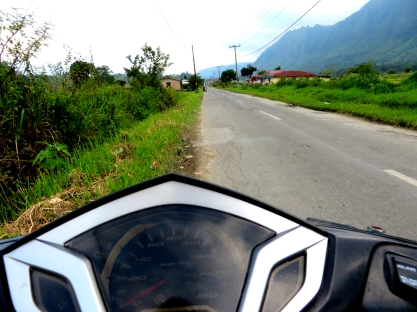 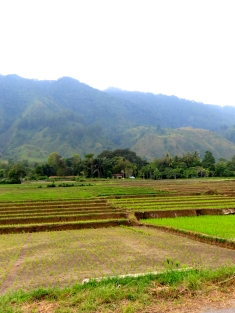 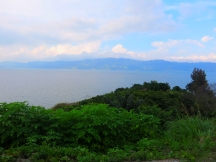 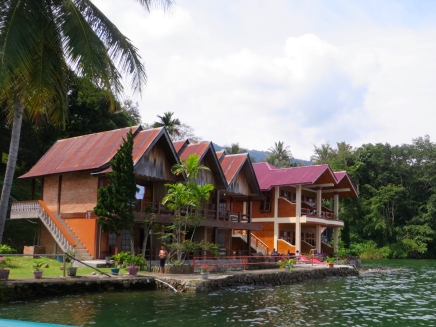 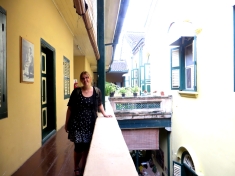 One thought on “The happiness of friendliness”