Because they just want money, that’s why. And when they get money, they want more money.

So I don’t know if I really won’t do any tours anymore. They are a great opportunity to see some sides of a country, mostly of the nature. If the price is right, I may be tempted again in the future. But my current experience is not great. I did two tours in Tenerife more than a year ago and those were not great experiences either. I guess I thought Asia was different.

I booked a tour to the Mekong Delta. It was just for one day, and while I was waiting for the bus in the hostel, I already met somebody who was also doing the tour alone. In the bus somebody casually mentioned that it was the fanciest bus they had been in in Asia and yeah, the bus was comfortable. The seats were a bit small, but there was airco and the chairs reclined, so I guess that’s okay.

The first stop was at a place where there were three huge buddha statues. Great to take pictures with and the tour guide gave us a riddle. I didn’t realize we could win something, and by the time I did, somebody else already shot up to answer the question.
There were three buddha’s and they represented the past, the present and the future. The huge smiling chubby buddha was the present. The question was which one was the past and which one the future. Well, I would have guessed wrong, because the lying down buddha was the future and the standing buddha was the past.

We continued on the bus and ended up at a small harbor, where we got on a boat. We saw a bit of the waterfront there and eventually got off somewhere for lunch. There were many options to buy something extra but the basic lunch was included.

After this lunch we went to a place where they made coconut candy. Would be great if we could make some ourselves, but we could just watch the people do it and guess what, we could even buy it afterwards! I didn’t, but I was shortly tempted by a coconut that was turned into an amazing little statue of three monkeys. I decided I could make do with a picture of it. They had many more things made out of coconut, including an entire house.

We also tried some coconut whiskey and you could take a picture with a snake, which seemed very random and strengthened our belief that this trip was very touristic. After that we continued on by small boats, to the next stop.

What was interesting and a little annoying is that they basically asked for a tip everywhere, when actually, we already paid for the tour and shouldn’t have to pay extra during the tour. Everything was supposed to be included.

Which made it weird that when one guy offered the tour guide a tip in the end, he refused it.

The small boats were very cute and fun to go on, while sailing through a mangrove-like river. But it was a very short trip and when we got off, we sat down again to try some sort of tea. The day started to feel a bit like a tasting and when I asked the guy that sort of hung out with our small group if he had a good time, he said: “I just don’t understand why we are here…”

Me neither. I could have done with more sightseeing and less tasting of stuff.

But the people I was with made the day more fun. Besides the girl from my hostel, who was Israeli, by the way, I hung out with two girls from Germany and a guy from the USA, which was a nice group.

After we drank the tea the tour guide announced another opportunity to win a price. Well, I wasn’t gonna let this one pass me by, but when I heard the challenge, I was sure I would win them without any problem.
He said you could taste some fruit and if you could identify three of them, I would win some chopsticks made out of coconut. Great! Challenge accepted.
So, after being blindfolded and tasting five kinds of fruit, I won the price. I stupidly forgot what I was tasting when eating jackfruit… my mind went completely blank. And he had me try a fruit of which even he didn’t know the English name, so that one was hard too. But I easily identified the watermelon (duh), dragon fruit and the guava.

I shared my price with my daily friends and gave them all a pair of chopsticks. After this we walked back to the bus that had already driven to a new pick-up point and we headed back to Ho Chi Minh City.

So just to be clear, I do like what the tours can offer, but I feel like the authenticity is nowhere to be found and everything is just way too focused on tourists. That’s why I love meeting people through couchsurfing. It just gives you a chance to meet locals and hear about their daily life.

But one thing these tours definitely know how to do, is make sure you get some amazing pictures to capture the day. 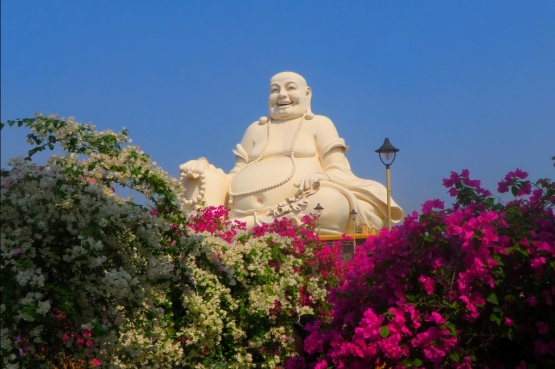 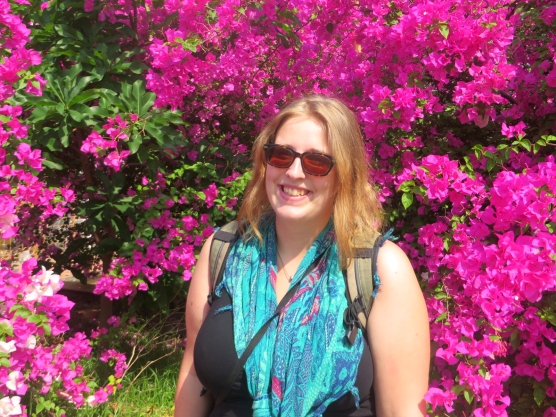 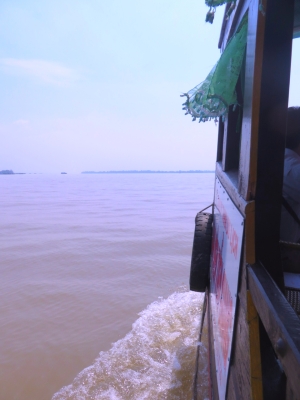 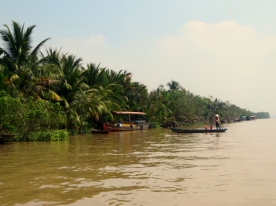 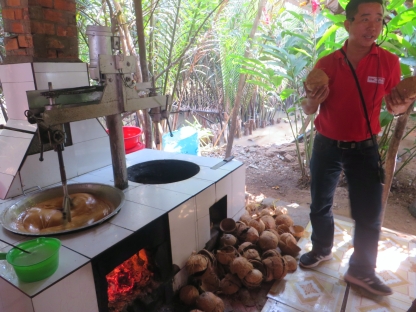 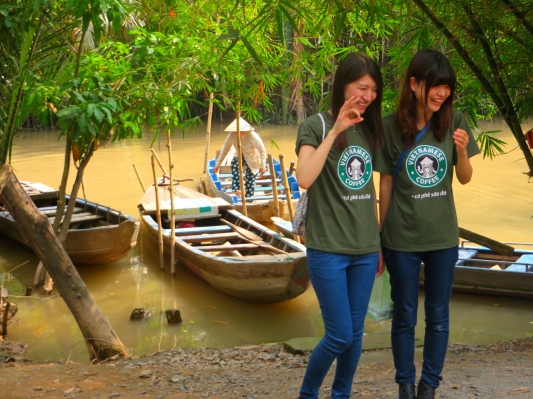 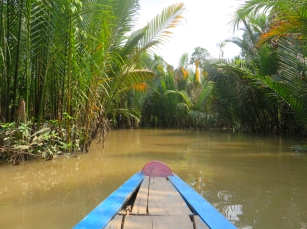 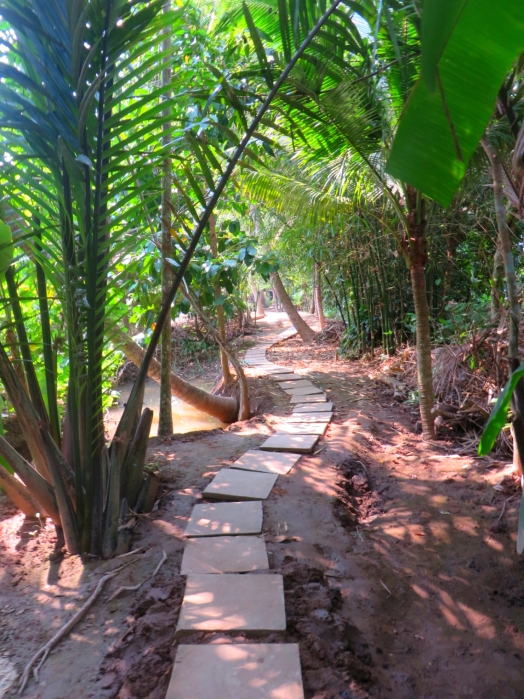 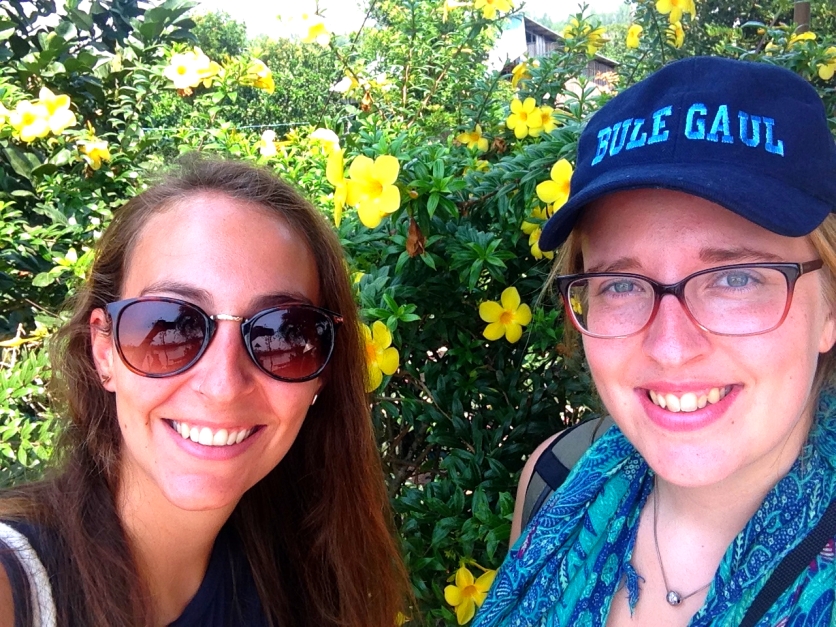