After roaming Phnom Penh for a morning, I wasn’t feeling too well. My back was hurting (I strained it a week and a half ago, and it’s gonna take some time before it will be completely back to normal) and besides that, I was suffering from some thing that some women suffer from approximately every month, but about which I won’t go into detail, so the guys reading my blog won’t freak out.

Suffice it to say, I was not feeling so well. I went back to the hostel and waited there until it was time to get to my bus, which would take me to Kampot. I was feeling bummed, because I wanted to see more of the city. I was also feeling bummed because there was an earlier bus which I could have taken, and which a bunch of the people from my hostel took.

But when the time came for me to go to the bus terminal (which was really just an office), I was feeling a bit better. I walked in and looked next to me, seeing a guy in sunglasses that looked slightly like somebody I knew. This happens to me a lot while I’m traveling… I guess it’s my brains way of telling me I’m missing my friends.

So I walk over to the counter to ask about my bus and they tell me to just sit and wait. So I do. I put my stuff down and sit in one of the chairs, while sneaking peeks at the guy sitting there. He looks so much like him…

I open my Facebook app, to just look him up and see if maybe he could be in the area. He’s currently living in Vietnam, so it’s not that much of a stretch… But it still is.

And what do you know, he put on Facebook that he was going to Cambodia for a few days… But it couldn’t be. It could not be possible that I am actually bumping into somebody I know all the way across the world. It is not possible. It just isn’t…

Oh my god. I guess it is possible. And it is the biggest coincidence I ever had in my life. It’s so weird to run into a friend in a country so far from home and it took us both a few moments to realize it.

And not only did we run into each other, we were taking the same bus, to the same place.

So we spent the next day together, riding a motorbike across some of the country. The views were beautiful and the freedom that comes with driving through such rough terrain yourself, with nobody telling you where to go, was wonderful.

We had a great day and saw a lot, and after having dinner in the evening, we went our separate ways.

Thanks for the fun day, Tom! Maybe I’ll see you somewhere in the world again. 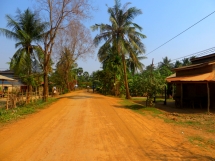 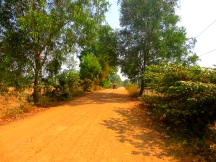 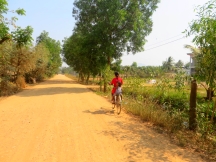 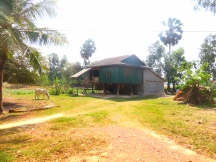 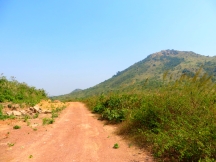 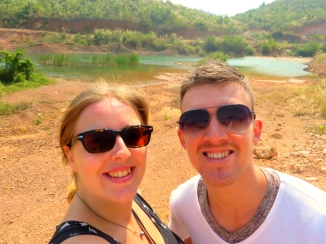 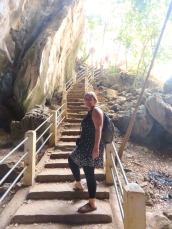 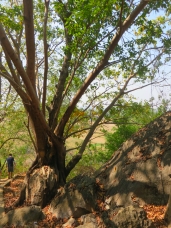 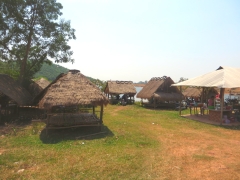 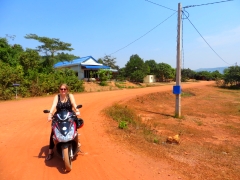 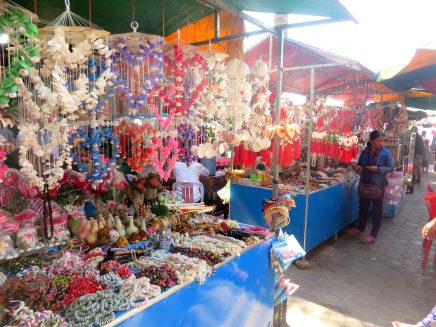 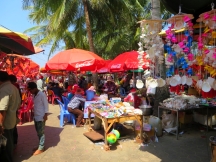 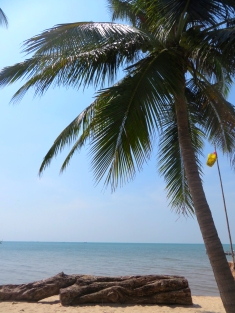